Coupling hydrothermal carbonization with anaerobic digestion: an evaluation based on energy recovery and hydrochar utilization

This work evaluates the effect of hydrothermal carbonization (HTC) as a pretreatment and post-treatment technique to anaerobic digestion (AD) of dairy sludge. HTC's effect on AD was evaluated based on energy recovery, nutrient transformation, and hydrochar utilization. The first approach was executed by performing HTC under a range of temperatures before mesophilic AD. HTC optimal pretreatment temperature was 210 °C for 30 min residence time. HTC pretreatment significantly increased the methane yield potential by 192%, the chemical oxygen demand removal by 18%, and the sludge biodegradability during AD by 30%. On the other hand, the application of HTC after AD (post-treatment) increased the total energy production, i.e., in addition to methane, a hydrochar with a caloric value of 10.2 MJ/kg was also obtained. Moreover, HTC post-treatment improved the steam gasification performance of the AD digestate. From the fertilizer quality point of view, HTC implementation generally boosted the concentrations of macro, micro, and secondary nutrients, suggesting its suitability for use as a liquid fertilizer. Overall, the findings of the present study indicate that if bioenergy production were the main target, HTC post-treatment following AD would lead to the most promising outcomes. 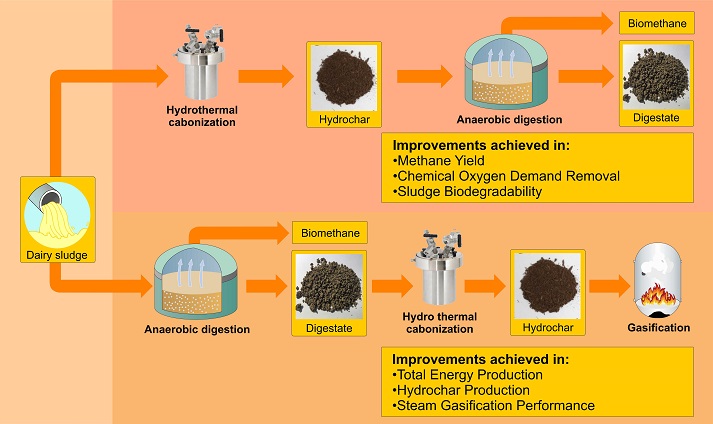 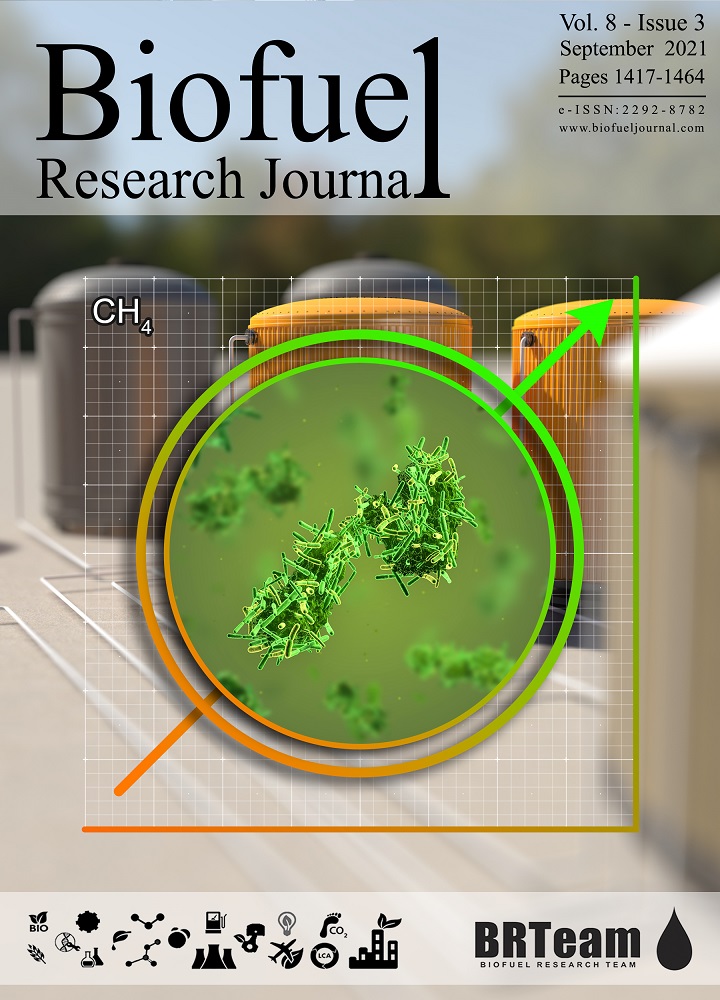