To estimate the potential of kenaf as a new biomass source, analytical pyrolysis was performed using various kenaf tissues, i.e., alkali lignin and alkali pulp. The distribution of the pyrolysis products from the whole kenaf was similar to that obtained from hardwood, with syringol, 4-vinylsyringol, guaiacol, and 4-vinylguaiacol as the major products. The phenols content in the pyrolysate from the kenaf core was higher than that from the kenaf cuticle, reflecting the higher lignin content of the kenaf core. The ratios of the syringyl and guaiacyl compounds in the pyrolysates from the core and cuticle samples were 2.79 and 6.83, respectively. Levoglucosan was the major pyrolysis product obtained from the kenaf alkali pulp, although glycol aldehyde and acetol were also produced in high yields, as previously observed for other cellulosic materials. Moreover, the pathways for the formation of the major pyrolysis products from alkali lignin and alkali pulp were also described, and new pyrolysis pathways for carbohydrates have been proposed herein. The end groups of carbohydrates bearing hemiacetal groups were subjected to ring opening and then they underwent further reactions, including further thermal degradation or ring reclosing. Variation of the ring-closing position resulted in the production of different compounds, such as furans, furanones, and cyclopentenones. 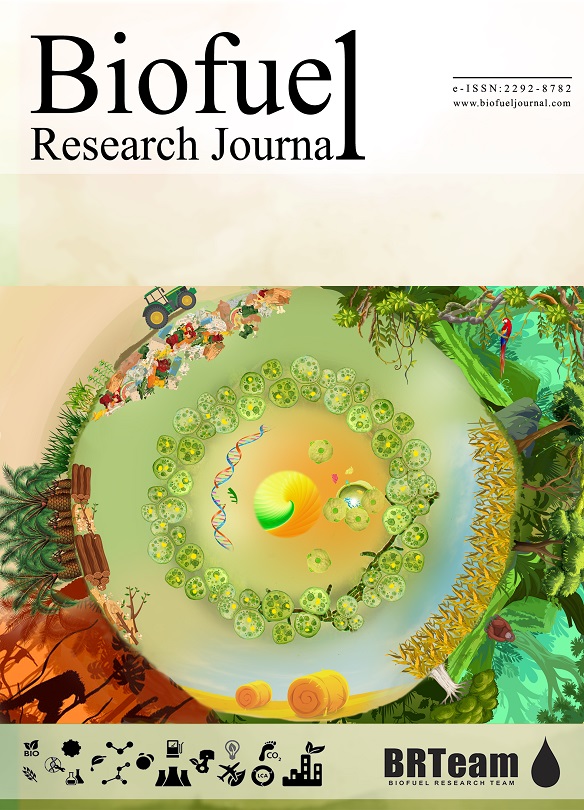