Start-up phase of a two-stage anaerobic co-digestion process: hydrogen and methane production from food waste and vinasse from ethanol industry

The start-up conditions of mesophilic anaerobic co-digestion of restaurant food waste and vinasse, a waste from sugarcane industry, was investigated for efficient biogas production. A pilot plant, containing two reactors, was designed and used sequentially and semi-continuously for biogas production. All effective operational parameters were controlled in both reactors over the course of the study. The results indicated that the organic matters were quickly decreased during the start-up phase in the first reactor, resulting in 52% and 64% reduction in total solids and total volatile solids, respectively, while the corresponding reductions in the methanogenic reactor were 39.7% and 51.4%. The production of hydrogen was observed during the first 20 d of digestion, where the maximum concentration of 76.5% was detected after 8 d when the pH stood at 5.96. After 21 d of digestion, hydrogen concentration was decreased to less than 4.5%, while methane content was increased leading to an accumulated biogas yield of over 300 mL per g of total volatile solids. The high concentration of hydrogen in biogas was possibly due to the improvement in the growth of acidogenic bacteria in response to maintaining pH at their optimum value, leading to a more efficient organic residues hydrolysis. 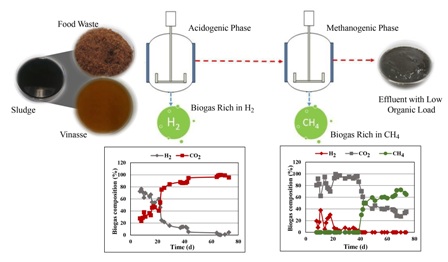 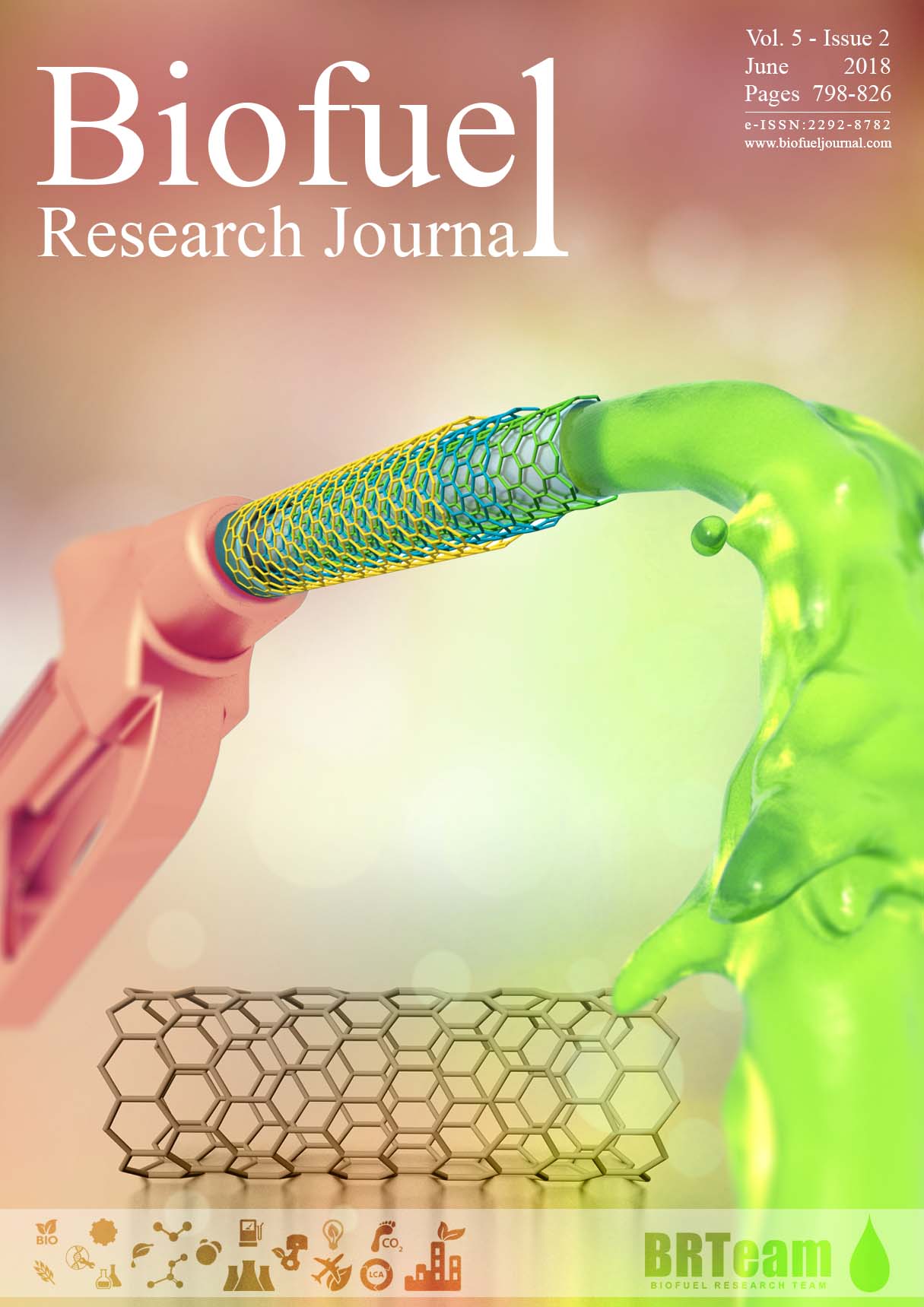